WELCOME TO THE SUCCESSFUL DROPOUT MOVEMENT

A revolution is an idea which has found it’s bayonets.

Not only have you found a very special community.

But you’ve also found a cause.

This is a radical movement that is going to significantly change how you approach your education, work, and life. And it’s fueled by community so tight-nit, we might as well be family.

If this resonates with you…if you are ready to step off the conveyor belt and take control of your life…welcome!

THE ORIGINS OF SUCCESSFUL DROPOUT 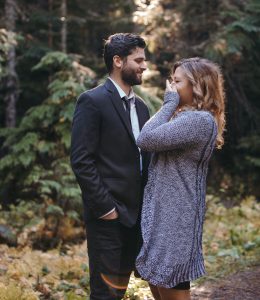 I dropped out of college in 2009 and never looked back. I’m 30 now, and as you’ll frequently hear me say (even when I don’t feel like saying it), “I’m living the dream”.

Yeah, I know it’s a lot. It’s important to understand I did not do all of this alone, I have some amazing friends and business partners that I worked with along the way. But suffice it to say I’ve had a less than traditional career path.

Currently, my wife and I live at our dream location in the mountains of the Pacific Northwest. We work from home (or anywhere else we happen to be) and for the most part we get to spend our time however we want with whomever we want.

This wasn’t always the case, in fact it’s only been a couple of years since we’ve enjoyed this kind of lifestyle.

We worked for years to build what we have, and we’re not even close to being done…it’s just little easier to pay the bills now. 🙂

We’ve almost been bankrupt, living off of credit cards and never knowing when we could get our next small influx of money.

We’ve dedicated incredible amounts of time and energy to businesses and projects without seeing a return for years…and many of them just flat out failed.

Scroll back to top